In this series, I’ll be punching holes in the myth that game design UX is just "common sense." It's time we gave UX the space (and respect) it needs to thrive in your game.

In this series, I’ll be punching holes in the myth that game design UX is just "common sense." It's time we gave UX the space (and respect) it needs to thrive in your game.

Let’s state the facts: UX is vital to the success of any game.

Ship a game with glaring UX issues and you put your game at risk of damage it can’t come back from. Turning off players. Frustrating fans. Losing its standing in the market.

So: UX has the power to make or break a game. But with the endless list of myths surrounding UX in game design, our industry hasn’t exactly been acting like it. But today? That changes. Today, we finally give game design’s UX the attention it’s due.

In this series, I’ll be punching holes in myth after myth – helping you understand the importance of UX and helping you give it the space (and respect) it needs to thrive. First up on the docket? The myth that, when it comes to game design, UX is “just common sense.”

If you’re ready to join me on this myth-dispelling journey, let’s go.

It goes without saying that the average game developer is skilled. They know their stuff. And while it usually takes them years of experience to hone their intuition, most are well-versed in a set of core principles – deemed universal design principles (as coined by professor/author William Lidwell) – from the beginning.

But the thing is, knowledge of those principles – even when in combination with intuition – isn’t enough to offset mistakes. Nor can it be single-handedly relied on to guard against flaws.

You could have the smartest developers who’ve borne witness to the widest range of wins and losses, but if all you’re depending on is their foundational instinct… you’re not protected. I’ll repeat that:

If all you’re depending on is their common sense, you’re not protected. 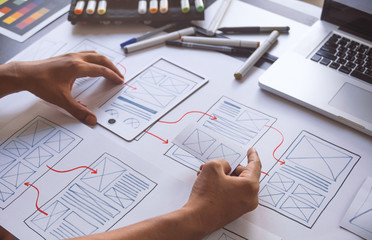 So then: how can experienced, esteemed, insightful practitioners let that kind of thing happen? How can those ‘common sense’ mistakes occur not just here and there, but over and over again – regardless of game type or internal process?

The answer is not because the developers in question “lacked common sense…” which would be the instinctive logical explanation. So, if these pitfalls are surfacing even with developers’ common sense in-tact, then what’s causing them? If common sense isn’t enough of a safe-guard, what is?

Let’s look beyond common sense. What’s responsible for the ‘common sense’ problems that rush to the surface in games that are post-release? Well, there are a few culprits – and no, they’re not mutually exclusive.

While competence and dexterity are invaluable to any line of work, it’s possible that a developer could simply be too close to the problem. Their UX expertise and familiarity with the game might actually be working against them, keeping them from experiencing (or thinking about) the game like a new player would. The result? They’re exposed to issues and imperfections they never even considered.

Then there are the developers who are juggling too many tasks on their to-do list. They might be aware that there are issues requiring their attention; they might have even planned to correct them. But when push came to shove, they didn’t take action – because their awareness lulled them into a false sense of comfort. It allowed them to forget… until it was too late.

Maybe the developer can see the problem. Maybe they’re aware they need to act. But maybe, with a list of tasks a mile long to execute before launch, they simply don’t have the time to implement the fix. Without having time on their side, their recognition of the issue – or knowledge of how to fix it – doesn’t matter. There’s no worse culprit than a ticking clock. 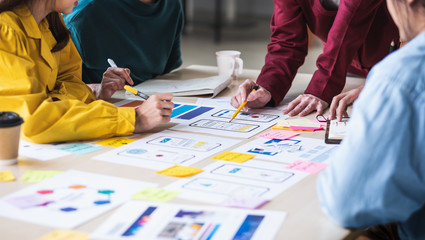 So, where does that leave us? Well, it leaves us dispelling the myth that productive UX solely comes down to common sense. Sure, having proficiency and experience makes for a solid foundation, but when those pesky ‘common sense’ problems still rush to the surface, you need something else to protect your efforts.

And that something else is a strong UX process.

See, each of our brains is overrun with biases – social, cognitive, perceptual, you name it, we’ve got it. That amalgamation of biases, unique to every individual, makes adhering to one ‘common sense’ outlook nearly impossible… because what each of us is able to expect, recognize, and interpret will be different. And that means there’s no one straight perspective – or track to perfection.

Instead of relying on their own common sense abilities, smart developers protect themselves with system over instinct. Not only does system solve for the three issues outlined above – which I’ll demonstrate for you in a second – but it also solves for the inherent biases every practitioner has.

What does a sturdy process look like in practice? Obviously, specifics depend on the developer’s game, team size, and daily task list, but the key elements remain constant: 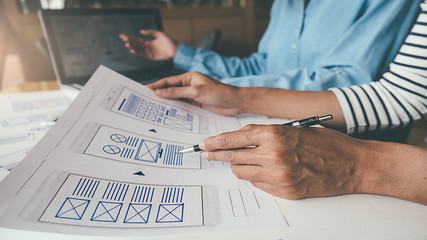 So which takes priority? In this scenario, the first issue does – because even though it’s less impactful as a standalone problem, the number of players who’ll face it (and have to adjust their play accordingly) is greater.

One more time for the people in the back? That’s Identify, Assess, Prioritize, Solve, Identify. And on and on.

Now, let’s back up. Remember those three reasons I laid out for you earlier – the three reasons for why those pesky ‘common sense’ problems can make it into your players’ field of vision?

Each of those reasons exists even when a UX practitioner possesses common sense – and each of those reasons can be solved for by simply implementing a process, like the one above, into your day-to-day. By setting aside time to look for, understand, and fix issues methodically, what you’re really doing is outsmarting your biases. You’re outsmarting the risk of seeing and then forgetting, and you’re outsmarting the tick-tick-tick of that ubiquitous operational clock.

Now look – it’s not like I’m proposing something that’s never been discovered or promoted before. Take any field and you’ll find established methodologies for proving hypotheses. Why? Because the human brain can’t be trusted to catch every detail or evade every bias – but more often than not, systems can. More often than not, processes can.

And that takes us back to where we started. At the foot of the myth. UX is just common sense. If a developer possesses common sense, they’re good to go.

And that wraps us up for today. But this is a series, which means I’ll be back – dispelling myths, uncovering truths, and helping developers near and far get the attention (and respect) they deserve.

UX matters. It can make your game, or it can break it straight in two. Join me back here for Myth #2 – There’s just no money or time for UX – for more insight, advice, and old-school claims debunked. Because UX deserves its time in the spotlight. And outdated myths shouldn’t hold their practitioners back any longer.

Join our newsletter and get resources, tips and tricks, curated content, and more delivered straight to your inbox.

Ready?
Your players are waiting for personalized experiences. Are you ready to join us?

Learn from the top experts in the mobile game industry.

Set up a time to see UserWise and the future of mobile game liveops.